Sophia University and the Society of Jesus

Sophia University was established in 1913 by the Society of Jesus, and St.Ignatius church, that ajoins it, is also administrated by the same Society.
The Society of Jesus is a male religious order affiliated to the Roman Catholic Church, and its founder was St.Ignatius de Loyola. He had 6 companions including St.Francis Xavier. The fact that Xavier in 1549 introduced Christianity for the first time in Japan is well known, but since then he had been nurturing hopes to establish a university in the capital city of Japan, that would rival the universities of Europe. This dream of his was realized after the lapse of around 400 years, in Sophia University.
We celebrate December 3rd annually at Sophia University, as a day in commemoration of Xavier. 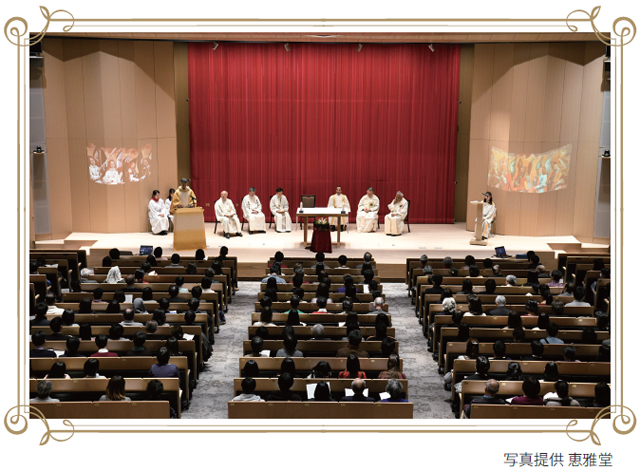 St.Ignatius de Loyola was born in 1491 in the castle of Loyola situated in the Basque region of northern Spain. He is a founding father of Sophia University and a founder of the society of Jesus, a male religious order of the Roman Catholic Church. The Spiritual Exercises he authored serves as the base of the spirituality of the Jesuits, as well as the principal focus of Jesuits education. In August 15, 1534, on the feast of the Assumption of the Blessed Virgin Mary, within a small chapel located at the foot of a hill in Montmartre, Ignatius along with six companions made their vows, and this signaled the birth of the Society of Jesus. The vows they took were to lead lives of holy poverty in imitation of Christ, to exert themselves for the service of others, to lead lives of chastity, to make a pilgrimage to Jerusalem, and to dedicate their lives for the spiritual guidance of their neighbors. It is Ignatius’s concept of serving others even at the risk of sacrificing oneself, that has come to constitute the founding spirit of Sophia University.

Xavier also was a Jesuit. In 1549(the 18th year of Tenbun), he arrived in the Satsuma country(in the west of Kagoshima ), he visited Hirato, Yamaguchi, and Kyoto, and introduced Christianity to Japan. His stay in Japan was for around two years, and he informed the people of Europe about the wisdom of the Japanese and primacy of their culture. Since he desired that a university be established within the capital of Japan, in 1908 three Jesuits arrived in the country under orders of His Holiness the Pope, and this led to the founding of Sophia University. 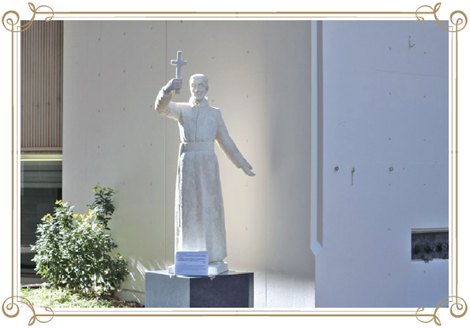